Thrones were set up
and the Ancient One took his throne.
His clothing was bright as snow,
and the hair on his head as white as wool;
His throne was flames of fire,
with wheels of burning fire.
A surging stream of fire
flowed out from where he sat;
Thousands upon thousands were ministering to him,
and myriads upon myriads attended him.

The court was convened, and the books were opened.
As the visions during the night continued, I saw

One like a son of man coming,
on the clouds of heaven;
When he reached the Ancient One
and was presented before him,
He received dominion, glory, and kingship;
nations and peoples of every language serve him.
His dominion is an everlasting dominion
that shall not be taken away,
his kingship shall not be destroyed.

War broke out in heaven;
Michael and his angels battled against the dragon.
The dragon and its angels fought back,
but they did not prevail
and there was no longer any place for them in heaven.
The huge dragon, the ancient serpent,
who is called the Devil and Satan,
who deceived the whole world,
was thrown down to earth,
and its angels were thrown down with it.

Then I heard a loud voice in heaven say:
“Now have salvation and power come,
and the Kingdom of our God
and the authority of his Anointed.
For the accuser of our brothers is cast out,
who accuses them before our God day and night.
They conquered him by the Blood of the Lamb
and by the word of their testimony;
love for life did not deter them from death.
Therefore, rejoice, you heavens,
and you who dwell in them.”

Response: In the sight of the angels I will sing your praises, Lord.

Jesus saw Nathanael coming toward him and said of him,
“Here is a true child of Israel.
There is no duplicity in him.”
Nathanael said to him, “How do you know me?”
Jesus answered and said to him,
“Before Philip called you, I saw you under the fig tree.”
Nathanael answered him,
“Rabbi, you are the Son of God; you are the King of Israel.”
Jesus answered and said to him,
“Do you believe
because I told you that I saw you under the fig tree?
You will see greater things than this.”
And he said to him, “Amen, amen, I say to you,
you will see heaven opened
and the angels of God ascending and descending on the Son of Man.”

This week is the Feast of Saints Michael, Gabriel, and Raphael, the Archangels.

Coloring Book for Every Sunday Gospel 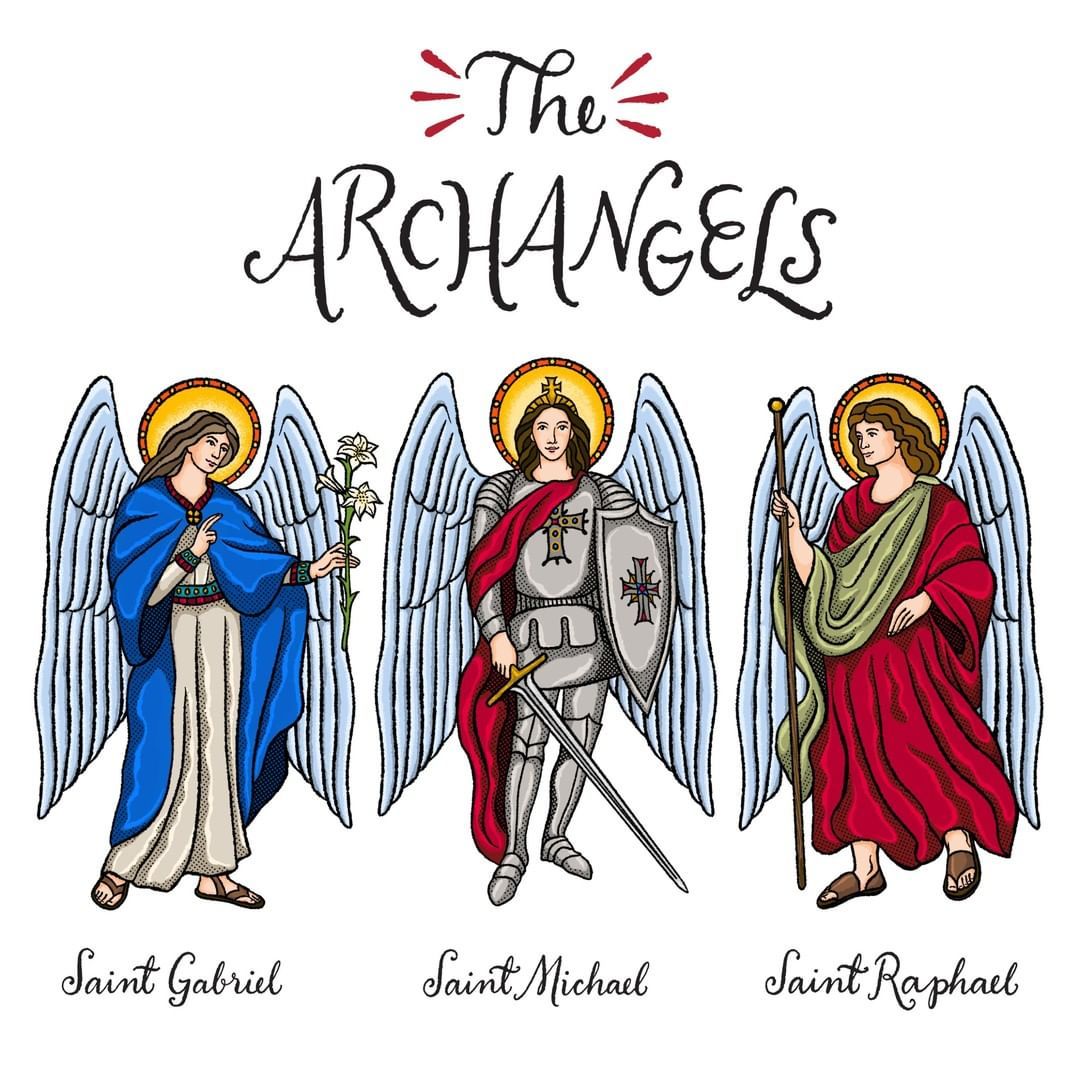